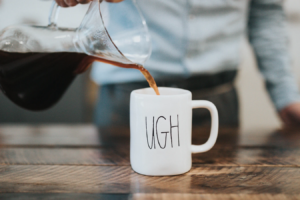 It’s another year, and the ball in Times Square has dropped, alarming us that a new year has begun! For many, it is also a sign that it is officially an opportunity to start something new.

If you are like many of us, you have already bashed the year 2019 due to all the setbacks, failures, and unmet goals. Furthermore, you know nothing will stop you in 2020.

But did you know that, according to the U.S. News & World Report, the failure rate for New Year’s resolutions is said to be about 80 percent, and most lose their resolve by mid-February?

It makes one wonder, how could someone be so excited to end one season of their life, and enter the next, only to fail so soon?

Read below to see a few reasons why this is so.

You try to achieve the results too quickly. Rome was not built in a day! But yet and still, so many people try to build their dreams in a day. It can be discouraging when you set a goal with an unreasonable time frame and it’s not met. For many people, they get overwhelmed and stop.

You don’t believe in yourself. It’s true what they say… “whether you think you can or you can’t, you’re right!” If you don’t believe that you can do what you set out to do, you will never be successful. But if you change your thought process to something more positive, you will find that your goals will become more attainable.

You do not have a plan. It’s easy to say that you would like to lose 20 lbs in 2020, but if you fill your pantry with junk food, fail to secure a gym membership, and eat out four times a week, this will make the goal unlikely to achieve. You have to set sustainable goals with a plan for how you would like to implement it for it to be successful. For a goal similar to the one above, I suggest that you clear your pantry of any type of junk food that you have, jump on the most convenient gym membership available (they’re everywhere during this time of year) and engage in meal prep (either paid or unpaid). It sounds like a lot of work up front, but if you begin the practice of implementing this on a regular basis, you will learn that your goals will become more attainable.

You set goals that are unrealistic. I had a friend once tell me that she could eat anything she wanted now because she was going to eventually eat fruits and vegetables exclusively as a form of weight loss. I could not get her to realize that even vegans and pescatarians require some form of protein in their diet. Yet and still she felt that she could eat anything she wanted today because she had this long-term goal for tomorrow.  Needless to say, not only did she never meet her long-term and unrealistic goal of eating exclusively fruits and vegetables, but she also gained weight because she did not have a sustainable goal in place. By setting unrealistic goals, you set yourself up for failure.

You do not track your progress. The truth of the matter is ” if you don’t know where you’re going, any road will get you there.” People set the most awesome goals for themselves, however, they fail to have a roadmap for how they’re going to get there or a way to measure if they have actually gotten there. It’s stressful for them because there is no way to track where they’re going to know whether they’re on the right track. It’s easier to just stop something if you can’t actually see where you’re going. In fact, even if you measure progress and realize you haven’t made any, that’s better than not measuring any progress at all because it provides a starting point for what you need to work on.

You do not have support. Simply put, “like attracts like.” If you are surrounding yourself around people who are not as motivated as you, you well never achieve goals outside of those that surround you. A recent study found that if you were around friends who were overweight, you had an 80% chance of being obese yourself. 80%! You are only as good as the company you keep, so I suggest that if you want to make 2020 your best year, that you find people who will support you along that journey.

You do not know your why. If you don’t have a purpose for what you’re doing, you will quickly lose interest and stamina as to why you are doing it. Focus. Focus. Focus. And never forget your why.

It can be hard to instill these ideas for yourself, let alone for your entire family. But it is possible. If you would like help, setting up these skills for your family for the New Year,