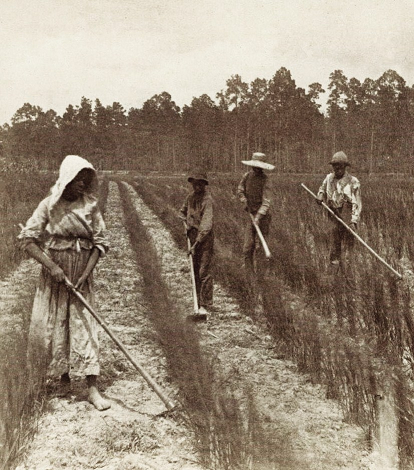 Let’s start with Benjamin Rush, a psychiatrist whom many refer to as the father of American psychiatry. Ironically, as an abolitionist who was an instrumental ally to slaves, he purchased a child slave himself, and owned him until he gave him his freedom as an adult. To justify his actions, Rush described black men as uniquely fitted for bondage. His position, one of which was routed in religious doctrine, believed that the dark skin that descendants of Adam and Eve held was the result of leprosy and that the only cure for “Negritude” was to become white.

Samuel Cartwright was another important physician who held a negative influence on the racial disparity in the black community and mental health. Cartwright coined the term “drapetomania” as a mental health illness that caused black incarcerated slaves to want to flee from slavery. Cartwright further argued that this ” disease” was the result of slave masters having too much of a bond with their slaves and treating them as equals. He used his perspective in favor of oppressing the slave by the slave masters with the use of biblical quotes pertaining to submission and honoring one’s master. Treatment included ” whipping the devil out of them” or cutting off their big toe so that they could no longer run. Cartwright later coined the term “dysaethesia aethiopica” which refer to the laziness of black slaves who were considered disrespectful for not wanting to work for their masters. Interesting enough, not only was this a diagnosis, but was more heavily applied to “free Negros.” In fact, this was  a weapon used against abolitionist to discourage ending slavery and promoting racial equality.

John Galt, to the contrary had an opposing view against mental illness in the black community. As a physician and medical director in the state of Virginia in 1848, he suggested that “blacks were immune to mental illness” but also for racist reasons. Galt believed that Africans and enslaved persons could not develop mental illness because they could not own property, engage in commerce, or participate in civic affairs such as voting or holding office, and that it was through these things that people experience the emotional stresses leading to mental illness. Hence, Galt viewed blacks as racially inferior and not emotionally or psychologically mature enough to experience the threat of mental illness.

Furthermore, post civil war mental health facilities would not permit whites and blacks to be housed in the same asylums thereby denying blacks with mental illness from being institutionalized or causing blacks who were suffering with mental illness to be segregated in substandard living and treatment conditions.  Despite the fact that the Civil War freed nearly 4 million enslaved people from slavery, the society did not take into consideration the effects of slavery or Jim Crow stressors which contributed to mental illness in the black community such as the socio-economic conditions of poverty, nation, and the threat of lynchings, leaving blacks often deprived of the much needed mental healthcare that they required.

One might ignorantly propose that due to the historical nature of these experiences, that there is no relevance today. However, the findings of a study on rats should easily dispel this myth. One study measured the responses  within the nervous system of rats who were simultaneously shocked when paired with a sweet smell. The study found that once the rats were no longer simultaneously shocked and exposed to the sweet smell, their nervous systems continued to reflect similar responses.

hermore,  even the offspring of these rats who had never been exposed to the shocks, had nervous systems that responded in similar ways to their ancestors who were exposed to the shocks. This experience demonstrates the power intergenerational trauma or when a traumatic event that began years prior to the current generation has impacted the ways in which individuals within a family understand, cope with, and heal from trauma.

Most people of color know that the historical context of slavery has impacted the current experiences of their mental health today, whether or not they are mental health experts. But that does not mean that they have the skill to navigate this world that often renders us invisible. If you would like help or support with navigating these difficulties,